I have been using Google Chrome since it launched back in October 2008 and it’s great. It’s reliable, though sometime it might become slower when I open up too many tabs. But overall, the browser is just awesome.

I was so exited of the encounter of Sugar On a Stick just end of last month… till minute ago when Google Blog announced that a new project is going on called Google Chrome OS. It’s separates from Android which uses mostly on Mobile Phone. 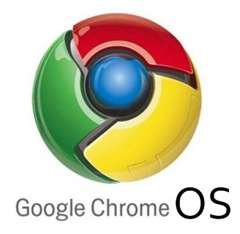 Google has this project in mind when they designed Google Chrome. Chrome is designed for people who live on the web, like me, checking emails, communicating with friends and family, shopping, listening to favourite songs, and watching videos. Basically everything on the web. But… Chrome runs on an operating system that created eras ago when no one knows what is internet. This is why Google is now trying to rethink the OS from that point.

Same as Google Chrome, Google Chrome OS will keep the focus on speed, simplicity and security. They wish to get to a stage where user can load up the operating system in a split second, just like Chrome.

At the moment, Google Chrome OS is targeted to run on Netbook, but I’m pretty sure it will works just fine on other machine, like my old small lappy. This OS will based on top of Linux kernel and web will be the platform for all the application. This is the same idea of how the Google Talk works.

Now, the great news is we will see the new Google Chrome OS in 2010. Woo hoo~